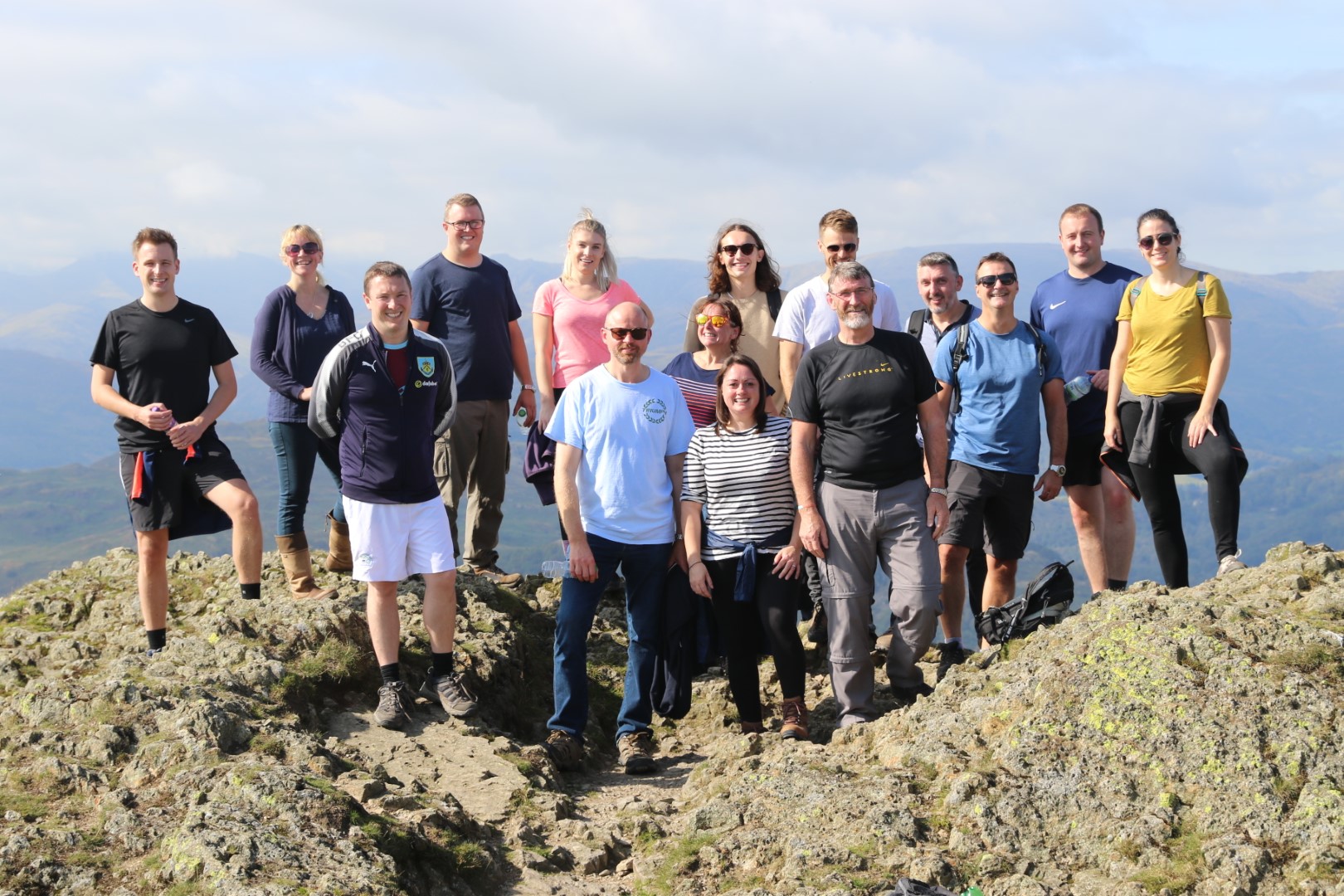 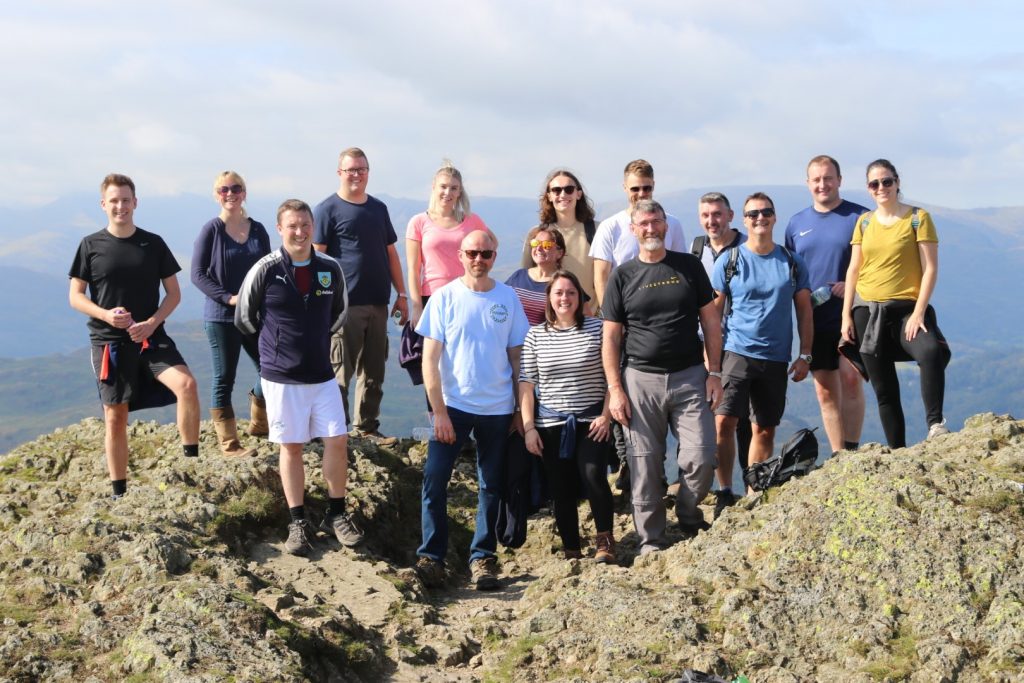 To celebrate reaching the ripe old age of five, in the blink of an eye, we thought it would be a good idea to share some thoughts!  So here goes…

In 2020 the whole professional world has come to rely on primarily two pieces of software to continue to operate in a ‘business as usual’ way.  Whether you are using Zoom or Microsoft Teams, your company’s success will not be driven by your choice but the people on the other end of the line.

During the past five years I have been fortunate enough to witness the rise of Burnley FC to international fame in the Premier League..  As a child growing up watching obscure defeats to the likes of Hereford, Maidstone and Blackburn these are truly special times.  Burnley’s recent comparable success has been overseen by Sean Dyche, whose simple philosophy around the strength of teams held together by core values and a common goal sounds like it may have been borrowed from 1960’s USSR!

A number of these core values are as relevant in the world of work as they are in the sporting arena.  Having played team sports since before I can remember (still going strong in the Warrington and District Saturday League Division 2!) any moderate success has been in seasons and with teams that have that similar mentality.

Back in September 2019, Black Cat took the whole team (3 offices, 20 people, 2 car boots of booze) to Windermere to relax and get some fresh air at the end of our fourth year of trading.  Kevin Cramer volunteered to set a ‘light’ walk through some scenic parts of the countryside.  For those that don’t know Kev, he’s in good shape…  His route nearly hospitalised three members of the team and left the rest struggling to walk to the pub for dinner later on that evening.

That walk was a challenge, and despite a few of us carrying muffin tops from one too many evenings in Alberts Schloss, the whole team set about chasing after Kev with gusto.

This piece isn’t going to degenerate into me blowing smoke up the whole team!  They know they are great at what they do, and most importantly they enjoy a challenge!

As a company grows you naturally lose control.  When it was just 4 of us in 2015 it was easy to see everything and know it was just the way you wanted it and what your clients needed.  Finding the right individuals who ‘get’ the ethos and can take forward that focus on client service has been the biggest challenge.

In comparison with the commercial property giants, we are the underdog, punching above our weight, but we enjoy this.  It drives us on, and I still get a buzz from winning each and every instruction.

Before the business was trading (and primarily from either a coffee shop in Salford or from Barnsey’s brother’s homemade attic workshop) we made some fundamental decisions on what any future Black Cats could and should embody, which looking back probably boiled down into three categories:

We only take people on who are at the top of their game and will add value to our clients’ businesses.   I appreciate that this may sound like we are trying our best to run the gauntlet between looking like an RICS retirement home and an actual company!

In actual fact, experience in our industry is mainly about what your previous employers have thrown at you and whether they gave you the right balance of support and leaving you to learn for yourself in this quite practical of careers.   I think the best people in our industry tend to be the problem solvers and the inquisitive types.

Years earned is important but not critical.  The oracles in the team like Eric Roberts (who Project Managed the building of the Suez Canal in 1869) and Diego Alves (façade consultant on the building of Crystal Palace in 1851) add vital knowledge that the team feed off and we give them the environment to work efficiently to keep hold of them for a good few years yet!

Since 2015 we have undertaken technical due diligence on over £800 million worth of transactions.  Just like houses, purchasing assets is the biggest single investment our clients make, and its only right that for each purchase we have the people that are going address any issues head on and add value to the process.

Having become a father to two fantastic little girls during the Black Cat era, the need to cooperate and work together has been the focus at home as well as at work!  Sharing 6 or 7 night time wake up calls, most nights, for the last four years hasn’t been easy, but the results are best when it’s a team effort and both my wife and I are equally as tired the next day!  At the moment we are battling through a ‘monster in the cupboard’ stage with our eldest..  and despite me continuing to tell her that my mother in law is safely tucked up in bed in Buckinghamshire, she doesn’t seem to believe me!

At work, for Project Management instructions (which make up about 50% of our workload) we dovetail two experienced surveyors to each and every job.  That way the client is getting a double dose of competence, always has someone to speak to and we can react quickly to site issues or alterations required by the client.

By equating the two above points I think I am concluding that each of the team need to be happy to share a bed with each other and wake each other 6 or 7 times a night?   For the record only Barnsey and I have shared a bed to date (in France because we were too poor to get a properly sized flat for MIPIM – those three nights were some of the warmest and most harrowing in my 36 years on the earth)!

Don’t misinterpret this to mean alcoholics… If you are reading this, and haven’t by now closed it, chances are you know a few building surveyors, and it’s also quite likely you can picture a few that are a little socially awkward and probably a little out of place in classy joints that we frequent like the local Wetherspoons (quite happy to write another blog extolling the benefits of an afternoon in a spoons!).    I find it hard to engage with any team when there is a lack of energy and warmth among the members and it is the same in the project world.  The team need to be able to get the best out of the full picture, engage with our clients and their wider team with ease and hold a conversation over a pint of ale when called upon (sadly less frequently since March).

If you know Black Cat, I will leave you to judge how well the group fit these above points.  I would say pretty well, but then I am biased!

In summary, what have I learnt from the last five years?  Fill the desks around you people who are great at what they do and challenge the normal in your environment!

We are always on the lookout for people that share in our way of thinking. If you are an experienced surveyor and this or the pieces from the other guys has struck a chord with you and the next chapter of your life, we would love to hear from you.

Reminiscence – Birth of BC Bristol!